Ndi ifemelu (pronounced n-de-e-ph-me-lu) is a composition of two Igbo words that loosely translates as “ndi – a group of people, ifemelu – something happened to”. Look around you and you’ll find a type of ndi ifemelu within us in varied degrees. Just because you don’t experience my own form of ifemelu doesn’t mean you should downplay what happened to me. In the past three days I have been in the midst of two types of Ndi Ifemelu. On one hand I was with people who had directly suffered from the ravages of Boko Haram (BH) and on the other hand people who had suffered the dark years of the Nigerian Civil War aka The Biafra War.

Club de Madrid an association of former democratically elected Heads of State and Presidents organized a two day workshop on “Preventing Violent Extremism (PVE) : Effective Narratives and Messaging”. Part of the agenda of the association is to deliver democracy that works and delivers, Violent Extremism has been identified as one of the hindrances to the agenda of democracy. We had a combination of Civil Society Organizations, Religious and Faith-Based Organizations, Academia, Government Officials, Activists etc. A religious leader said there’s a basic sense of mistrust in Nigeria which wasn’t the case in the past and there’s a need to re-understand what religious leaders have believed in the past.

If part of the narratives of BH was on disenchantment hence strategic communication needs to be employed. Research from the field revealed an absence of role models created a space for negative narratives to fill in. If recruitment is strictly based on Islamic religion then part of the solution should come through Islam. Having said that, there’s a need for Islamicness – built on a consensus based on the Koran and the Sunna. Riding on that it’s of utmost importance to profile actors of influence/Clergy and Preacher’s messages. Muslim clerics are needed to develop a counter narrative. I heard of mothers sitting together as both victims and perpetrators where they both have lost their sons, one to killing by BH while another radicalized by BH and killing the other woman’s son. They both had to console one another cos’ they both have a form of ifemelu.

I heard of mothers sitting together as both victims and perpetrators where they both have lost their sons, one to killing by BH while another radicalized by BH and killing the other woman’s son. They both had to console one another cos’ they both have a form of ifemelu.

On the first day of the workshop, a friend I met there told me of an elderly man in our midst who had been very passionate about Biafra with those sitting around him and my friend was hoping the mam wouldn’t ask a question during the question session (part of Nigeria’s fear of discussing Biafra). But on the second day he got up to ask a question and we were scared on what he was going say. Once he started talking everywhere went silent and you could see emotion well up on the faces of people. As a nine year old boy living in the Eastern part of Nigeria in the 60’s he was told whenever you see an airplane, look for the nearest tree to dock. He had seen one on his way back from school and ran into a bush, the helicopter hovered over him for a while and sprayed some bullets, and he was saved that day by his slate. He asked why the issue of the Indigenous People of Biafra (IPOB) or Movement for the Actualization of the Sovereign State of Biafra (MASSOB) wasn’t discussed in the workshop. He went on to say people are expressing their disenfranchisement and no one is listening, if nothing is done now, in 20 years’ time a similar workshop will be convened on account of the havoc they would have caused as a result of VE.

Thankfully a few people had the foresight of his concerns and put together a conference on “Memory and Nation Building Biafra : 50 years after… a sober reflection”. I attended the conference a day after the workshop. It was indeed a sober reflection, what made it rather interesting was the presence of the Acting President of Nigeria Prof Yemi Osinbajo who titled his speech greater together than apart. For a long time the government of Nigeria had shied away from the discussion of Biafra, people are generally skeptical of talking about it, we have done the younger generation a disservice by giving weak narratives. From removing history from our curriculum (Thank God it’s back) to sweeping it under the carpet as one of those wars that happened out of greed but like Prof Odinkalu said “the vacuum that has been created by the absence of discussing the Civil war has created the likes of Nnamdi Kanu, IPOB and MASSOB”. Prof Osinbajo said introspection is what separates us from beasts, while experience is the best teacher for a fool, history is a much gentle teacher. 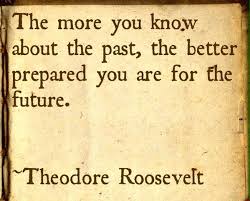 Former President of Nigeria Olusegun Obasanjo who witnessed the war asked us what right lessons we wanted to learn. Cos’ truth be told there were lots of lessons, he went further to say Civil war is more difficult to fight than foreign intervention battles cos’ it’s a fight to unite brothers and sisters. The issue of narratives was reoccurring both in the workshop and conference but the question is whose narrative should we listen to? Even in the hall it was obvious from the counter-corrections made by speakers that the narrative one told was usually from their own perspective which is often different. Chimamanda Adichie in her TedX Talk The danger of a single story said “The single story creates stereotype and the problem with stereotype is not that they are untrue but that they are incomplete, they make one story become the only story”. How can we as a nation harmonize the incomplete stories of the civil war to start the conversation of healing, reconstruction and moving forward? Like Prof. Nwala said Biafra is our collective guilt.

Biafra is a metaphor for discontent, every Nigerian is a Biafra in one way or the other. In the absence of a platform to voice out discontentment, people rise up in leadership position to give the voiceless people a voice. In the case of Nigeria, it could be in the form of militancy in the Niger Delta, terrorism in the North East or Secession in the South East. But what should we know about such leaders who invite us to war? Have they secured the future of their families in another country, do they possess dual citizenship, do they really have the interest of the people at heart or it’s just a means to a political end? Nigeria is extremely diverse, the question isn’t about living together rather how can we live together in peace? My mum’s grand aunt was called Odinchezo (Can it be forgotten), the issue of Biafra can never be forgotten but Ozoemena (Another one shouldn’t happen).

Wity and Twisted Musings.... saying it as it is

Make the best love you can make!

Just a small town girl who writes about Christian stuff.

The latest news on WordPress.com and the WordPress community.

Teacher. Writer. Author. Sharing my world with the world...because everyone is entitled to my opinion

Inspiring you to live a victorious life!

one word at a time

all for the glory of Christ

The name of the LORD is a fortified tower; the righteous run to it and are safe. Proverbs 18:10

NEWS, HISTORY, POLITICS AND ACTIVISM FROM THE AFRICAN DIASPORA!

Godinterest Christian Magazine is dedicated to proclaiming Christ and set apart, to save and empower lives.